In 1983 the key requirement for the electronic engineering workforce in Cambridge was flexibility.

Acorn's BBC microcomputer and Sinclair's ZX Spectrum were fighting it out on the High Street, and dozens of smaller companies were vying for the related business - Silicon Fen was truly born.

As Electronics professionals, it became clear to Polytec's founders that this rapidly expanding community needed a flexible, skilled workforce, available at short notice, often for a finite period of time. In November 1983 Polytec Personnel was formed. 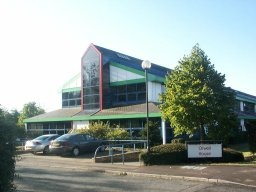 Rapidly attracting both clients and candidates, Polytec soon became known locally as a first 'point-of-call' for companies with urgent technical staffing requirements. When the Engineering Manager was screaming "I need someone yesterday...." - Polytec were able to find the person - or people, who could 'hit the ground running'.

As Polytec became fully established, a move to Orwell House in 1988 provided larger, more conveniently located premises putting them geographically at the heart of Cambridge's Science & Business Parks and bringing them to the attention of many of Cambridge's international corporations. When requests to supply large volumes of staff (occasionally 100's per client! ) were made, Polytec found they were able to meet such demands.

Now supplying both temporary staff and selecting for permanent positions, Polytec's client base extended from Bedford in the West to Bury St Edmunds, and from Peterborough in the North to the City of London

As the company grew, Polytec found that the adoption of a formal Quality System enabled more efficient and reliable operation and in 1996 gained formal accreditation to the ISO9002:1994 Quality Standard

Always 'early adopters' on the technology front, Polytec operate in a highly automated office - freeing their consultants to do what they do best - find the most suitable candidates for the positions requested - often in the shortest possible time!

During the nineties Polytec's consultants became increasingly aware of the growing scientific based industry in the Cambridge area, - frequently being asked to source scientists for their existing clients. At the end of 1998, after relocating within their existing building to improved facilities, Polytec formally launched their Scientific recruitment service with their own recruitment of an additional consultant.

November 2001 saw Polytec's eighteenth birthday ! - and to celebrate the company's logo was redesigned.

Following the global financial crisis in 2007 Polytec’s reputation as a trusted business partner, and its efficient & well honed internal procedures allowed them to play a key role in the recovery of many local business during the subsequent years. Being able to supply just the right staff for just the right time was now expected of our experienced team.

2009 A further streamlining of Polytec's internal procedures enabled an upgrading of the company's formal quality standard to EN ISO 9001:2008 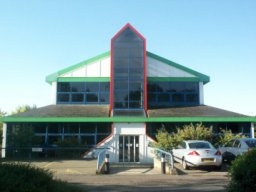 By 2015, it became clear that a full presence on a number of different Social Media platforms was necessary. With a new updated website with mobile compatibility, Polytec now has a thriving community across these platforms.

March 2020: Now entering its 36th year in business, Polytec continues to claim the 'go to' first choice for Engineering & Scientific Recruitment in the Cambridge area.