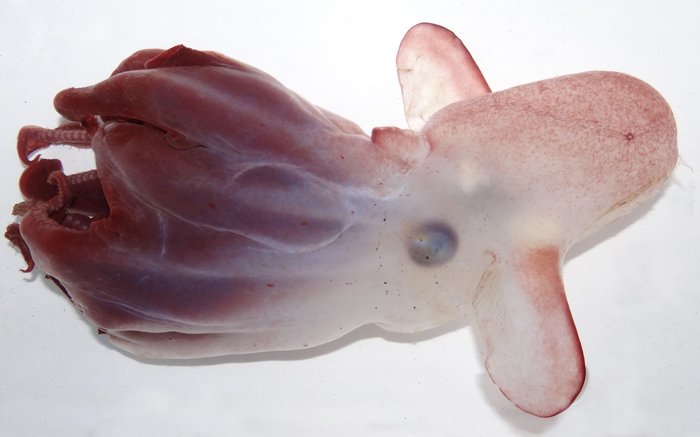 Discovering a potential new animal species is exciting. But to confirm their thoughts, scientists typically need to perform a dissection, essentially killing the specimen. However, MRI and CT scan technologies could provide another option.

Back in 2016, scientists from Germany's University of Bonn found what they believed to be a new species of dumbo octopus. These octopuses are so named because of the fins on their heads look like elephant ears.

The 30cm long creature was captured in a basket on the seabed of the North Pacific Ocean, some 4,000 metres deep. Unfortunately, because of the sudden change of water pressure, it experienced while it was being winched to the surface, the octopus died.

Because the scientists y only had the one specimen, they wanted to keep it intact. However, they also wanted to look inside of it to determine if it really was a new species.

So the scientists performed an MRI (magnetic resonance imaging) scan on the creature. This allowed them to see its internal organs and other soft tissues in a series of high-resolution 3D images. But because the octopus’ beak and rasping tongue were made of a hard substance known as chitin, they didn't show up very well on the scan. The scientists overcame this problem by performing micro-CT (computed tomography) scans, which are better for imaging hard materials. They then sequenced the animal’s DNA from a tissue sample that was taken when it was captured.

Upon analysing all the data, the scientists were able to determine that the dumbo octopus was indeed a new species. The creature has been named Grimpoteuthis imperator, which is Latin for "Emperor dumbo". The name pays homage to the fact it was caught near Japan on an underwater mountain range, the peaks of which are named after Japanese emperors.

A paper on the research has been published in the journal BMC Biology**.