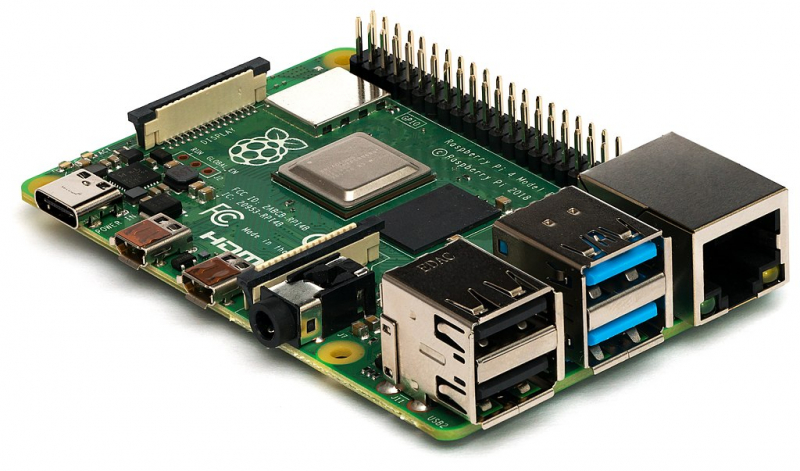 Raspberry Pi 4 Model B from the side. Licensed under the Creative Commons Attribution-Share Alike 4.0 International license.

It’s the most successful computer ever to come out of the UK and now the amazing Raspberry Pi has turned 10.

The first Raspberry Pi was shipped back in 2012. At the time, demand for the tiny, hackable computer wasn’t expected to be anything to write home about. How wrong people were…

Fast forward to today and the Raspberry Pi is celebrating not just its 10-year anniversary, but also being one of the most popular and eclectically used computers of all time.

Designed by Cambridge engineers and computer scientists, Raspberry Pi has sold more than 40 million units to date and created a market worth $1 billion.

And all this from one guy, University of Cambridge alumnus Eben Upton, building a computer that he wanted to be able to withstand being thrown into a rucksack and transported wherever, whenever. Even today, the robust, pocket-sized Pi still does exactly what it was designed for (and more).

Indeed, Raspberry Pis are being used for everything from powering robots and monitoring weather, to enabling youngsters to learn to code and forming the foundation of home entertainment servers. There’s even (apparently) a Raspberry Pi running experiments on the International Space Station. In fact, industrial sales represents around 40% of the Pi’s annual turnover.

Today, the Raspberry Pi is still manufactured in the UK, supporting around 300 jobs at both Sony Europe B.V.’s Factory in Pencoed, Wales, where it’s manufactured, and at the Raspberry Pi Foundation, a charity founded by Upton whose primary aim is to promote and encourage the study of basic computer science in schools.

All profits from Raspberry Pi sales are invested back into the Raspberry PI Foundation so it can continue its educational programmes.

The Raspberry Pi is inspired by the BBC Micro from Acorn Computers, a machine that sparked Upton’s own love of programming. The BBC Micro is one of two great computers designed in Cambridge in the 1980s – alongside the Sinclair Spectrum – that got a whole generation of UK computer hobbyists into coding/programming.

The perfect blend of programmable, fun and robust, the Raspberry Pi has become the go-to computer for thousands of different applications. And it all started 10 years ago in Cambridge.