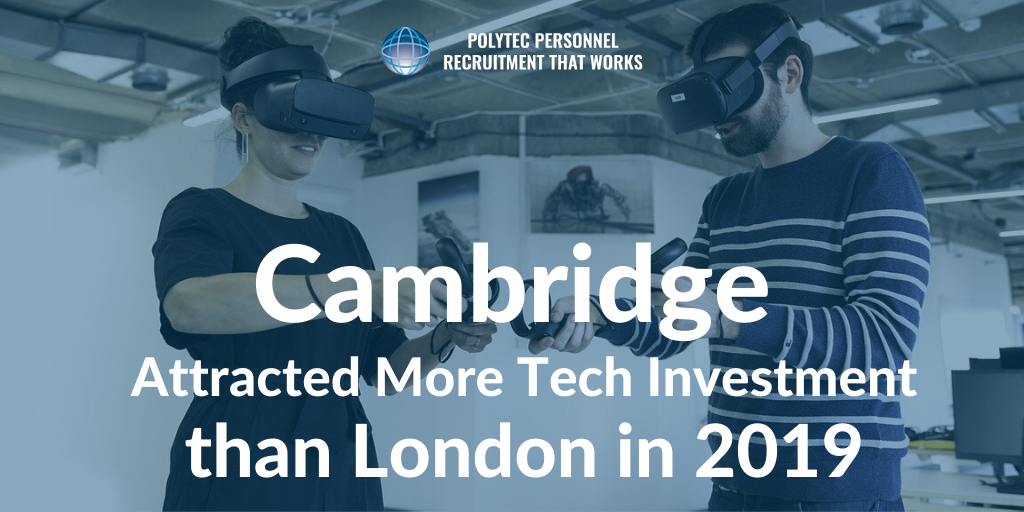 Cambridge attracted four times as much tech investment as London in 2019, further highlighting how the university city is quickly emerging as the UK’s Silicon Valley, new figures show.

According to the research by Pareto Law, Cambridge secured more than £3,300 of investment per head in 2019, compared to London’s £840 per head. And while overall investment in the capital remains significantly higher than in Cambridge, let’s not forget that the latter’s economy and population are both significantly smaller too – which is why the tech investment we’ve attracted here is truly remarkable.

As a thriving digital hub, Cambridge represents an attractive proposition for tech companies because of its relatively inexpensive rental prices (especially when compared to London).

Driving much of Cambridge’s investment is the biotechnology industry. Did you know that there are currently 46 specialist firms operating here right now? That’s before we’ve even mentioned the likes of Johnson Matthey and AstraZeneca, two large multinationals that are both headquartered in Cambridge Science Park.

With £2 billion and £1 billion secured respectively, Cambridge’s artificial intelligence and delivery systems industries were also recipients of major investment in 2019.

The report also found that the UK as a whole is thriving in terms of tech, with other major cities, like Glasgow, Brighton and Manchester, all securing significant tech investment. Having long been a hotspot for financial activity, Edinburgh is now also attracting blockchain investment and research, the report found.

It’s great to see the UK’s tech scene thriving, with several major cities outside of London, including Cambridge, establishing themselves as specialist technology hubs. There’s perhaps never been a better time to consider a career in the tech sector, which is something we can definitely help you kick-start.